Did you know that 52 Texans have died in house fires so far in 2022?  Electrical problems are the number one cause of residential house fires in Texas.  With that in mind, the Texas Real Estate Commission has approved changes to standards that home inspectors have to follow.

Where is AFCI protection to be located?

The updated standards call for AFCI protection to be located in kitchens, family rooms, dining rooms, living rooms, parlors, libraries, dens, bedrooms, sun rooms, recreation rooms, closets, hallways, and laundry areas.  All living areas must be protected, most commonly by an AFCI breaker in the breaker panel or a deficiency on the report will be recorded.  Arc faults due to malfunctioning appliances is a common cause of house fires leading to injury or death.  AFCI breakers prevent fires by tripping the breaker when electronic sensors contained within the breaker detect an arc fault.  AFCI was invented in the 1980’s and first entered the National Electrical Code book in 1999 and their requirements have only grown since.

Where is GFCI protection to be located?

GFCI is a much older technology, first required around pools and outdoor locations in 1971.  Between 1975 and 1993, their use was expanded to include bathrooms, kitchens, and garages.  In 2005, the code was updated to include laundry rooms.  The requirement covers areas where water is common including bathrooms, garages, outdoor areas, laundry rooms, kitchens, crawlspaces, and any receptacle within 6 feet of a shower, bathtub, or sink.  Light switches are not considered a receptacle.  The most common form of GFCI protection is a GFCI outlet.  GFCI protection is provided in series behind a GFCI protected outlet, meaning any outlets installed in series after a GFCI outlet, receive the protection of that GFCI outlet.

How do I test AFCI and GFCI breakers and outlets?

AFCI breakers and GFCI breakers both have test buttons located on the breakers themselves that when working correctly indicate safe operation.  GFCI outlets feature test buttons that also indicate safe operation when functioning correctly.  I may also use electronic tools that simulate arc faults and ground faults in order to test proper function.  Any outlet or breaker that does not function properly will be marked as a deficiency in my report.

Want to join the discussion?
Feel free to contribute! 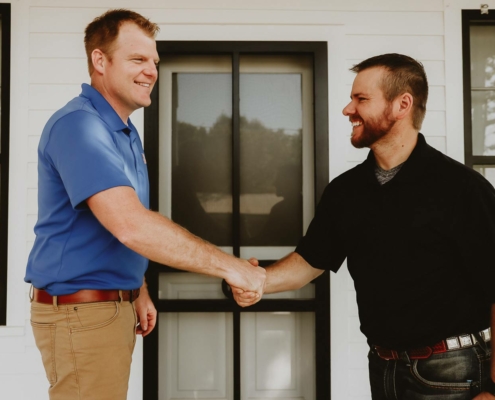 What is a new construction home inspection?
Scroll to top